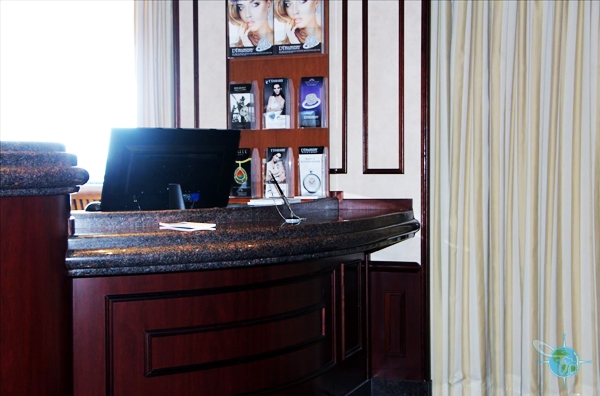 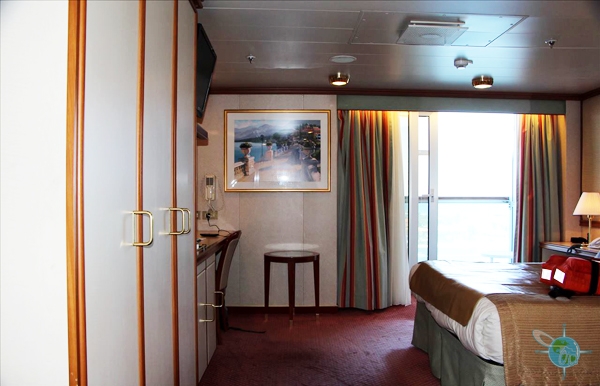 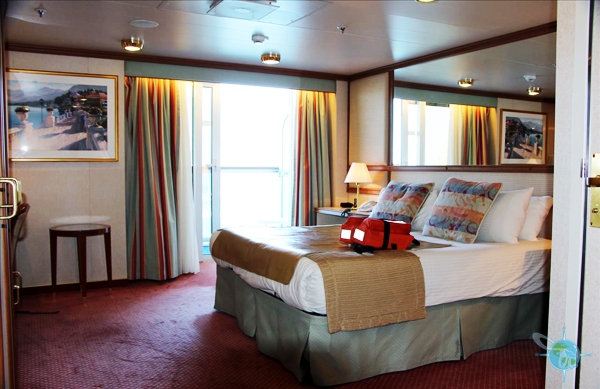 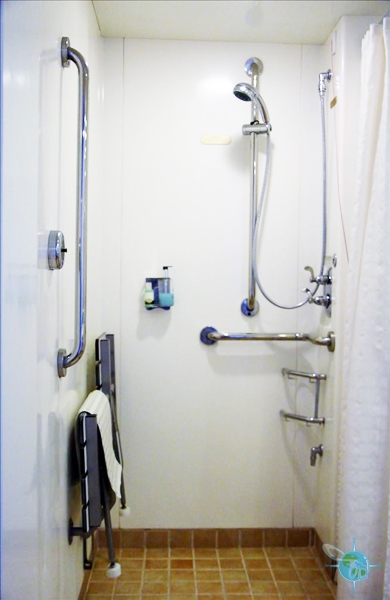 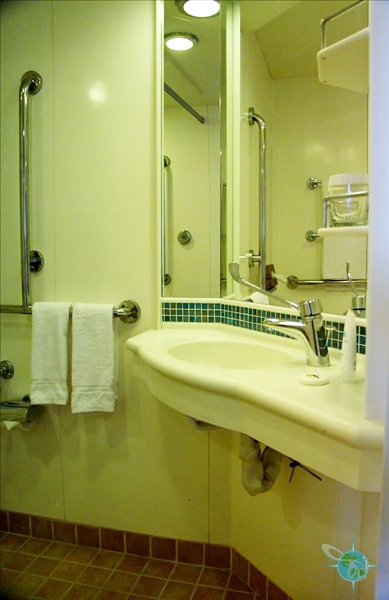 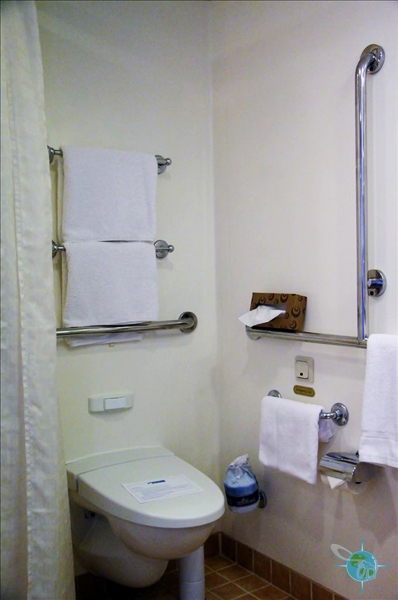 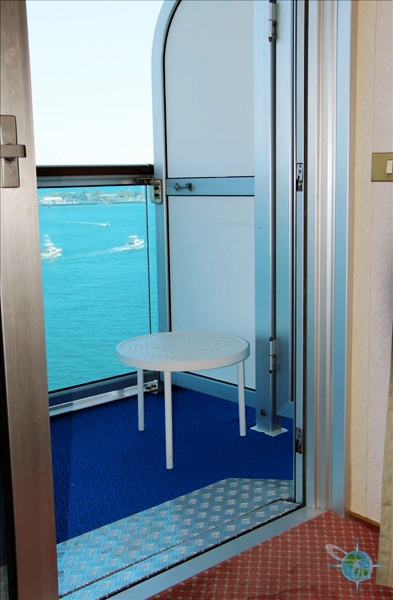 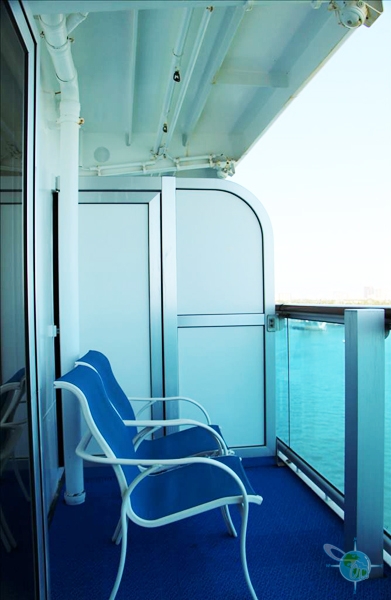 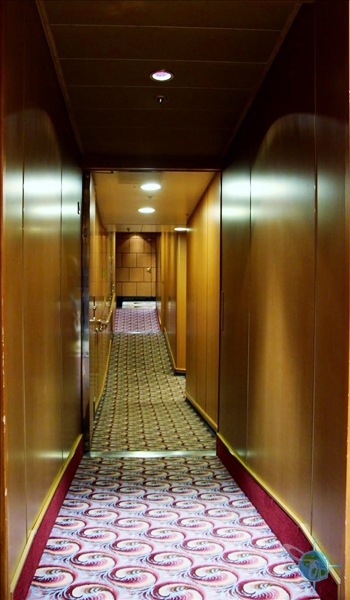 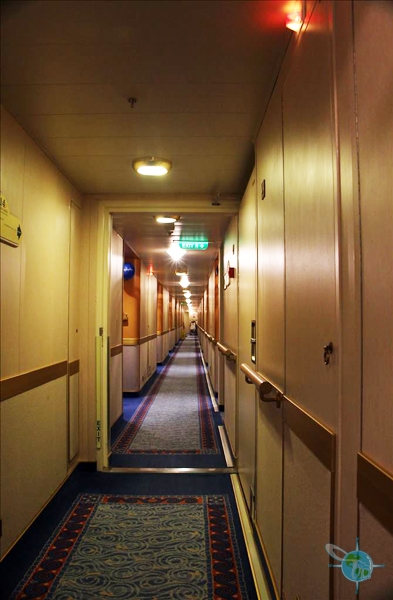 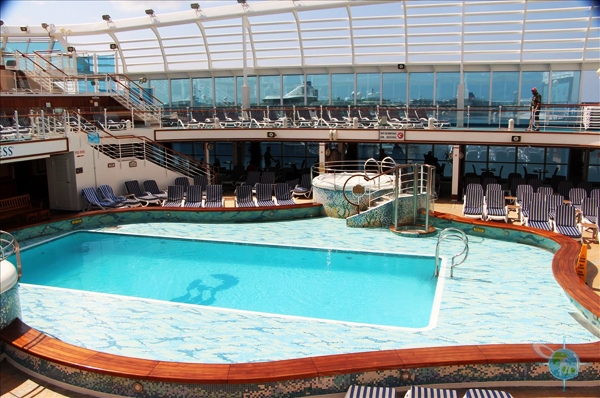 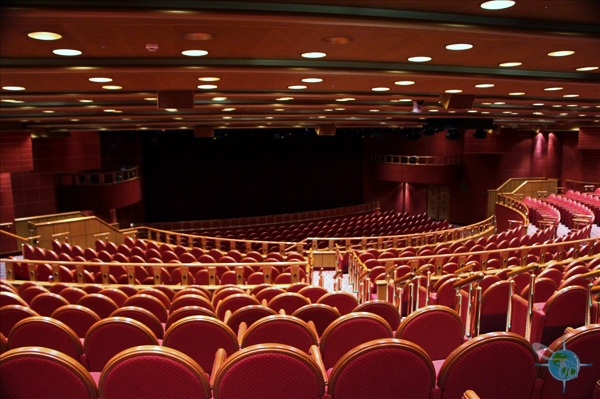 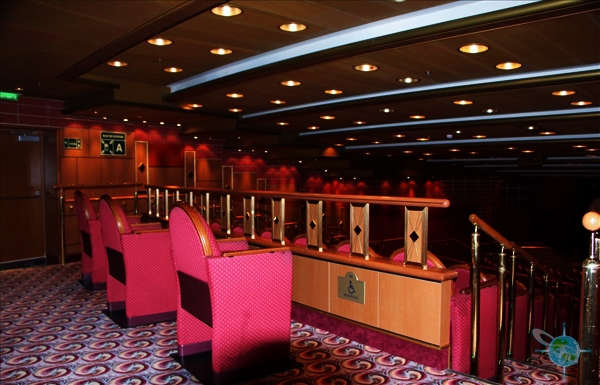 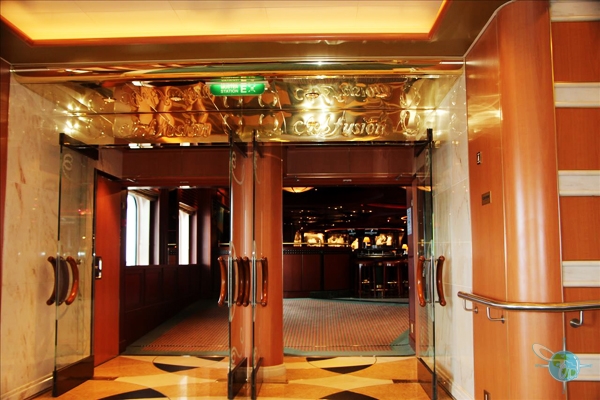 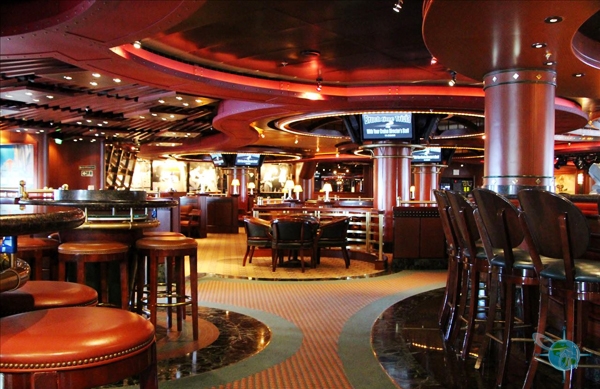 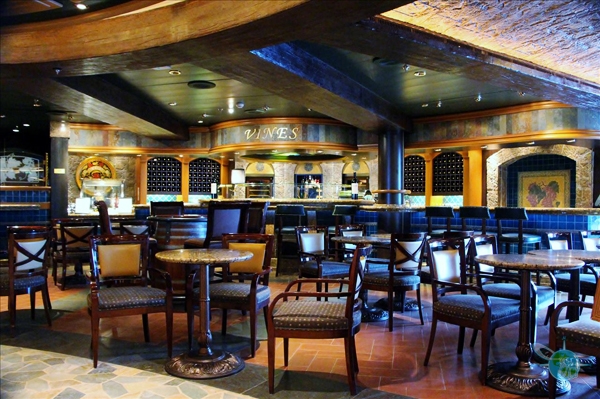 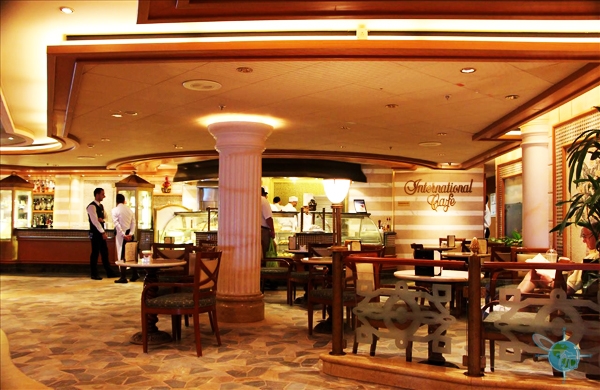 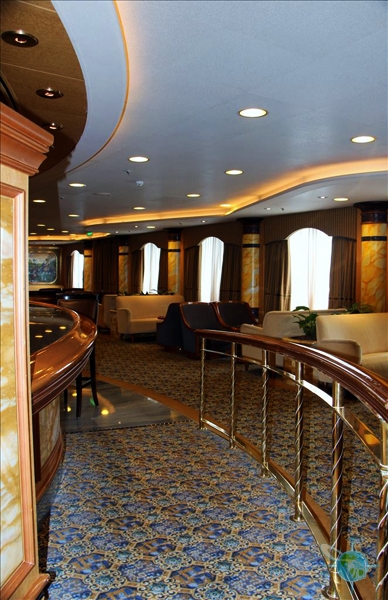 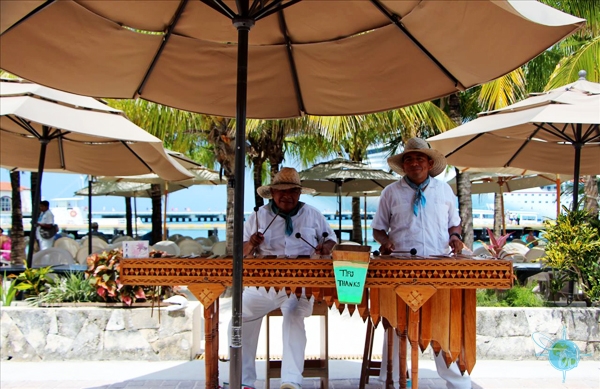 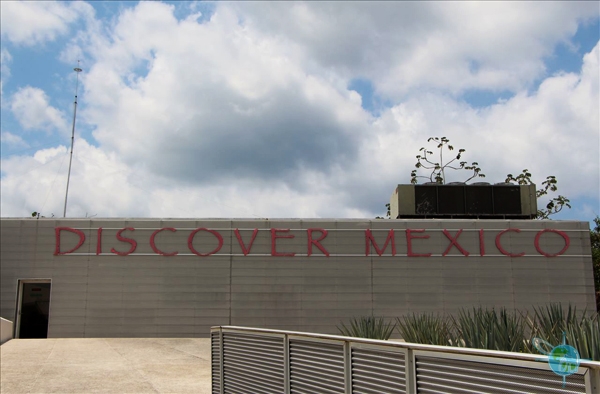 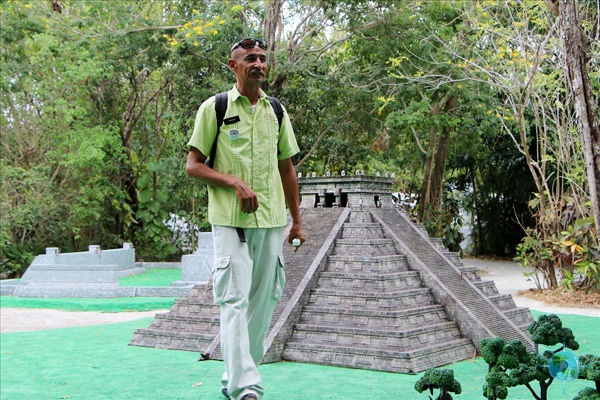 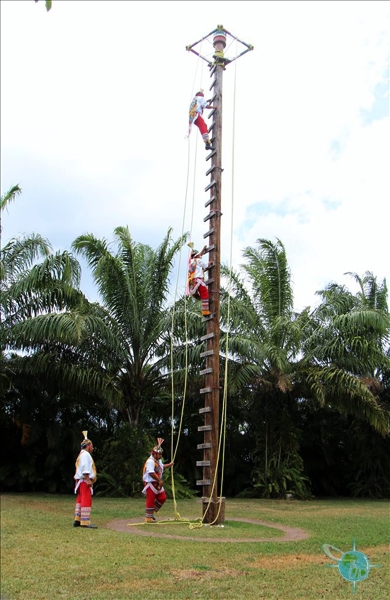 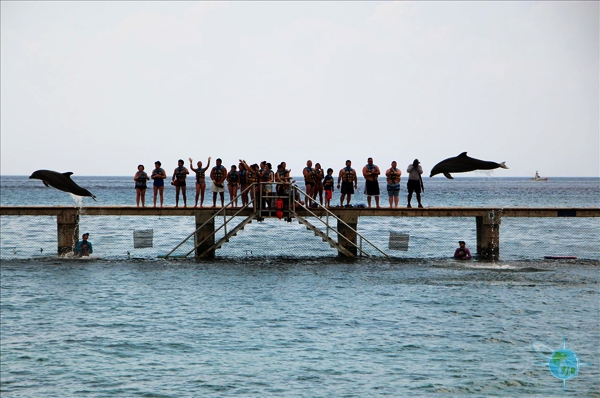 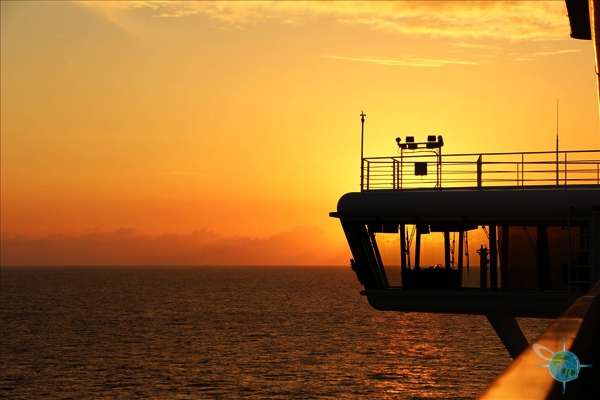 I was itching to go on another cruise.  I narrowed my travel search down to two itineraries, a 5-night to either the Eastern Caribbean or Western Caribbean, both on the Ruby Princess, which I knew was wheelchair accessible.  I decided to wait to book until Wave Season.  This is a period from January to March when cruise lines release their best deals for the Early Caribbean season and other select itineraries throughout the year.  It was in early February when I actually booked the 5-night Western Caribbean cruise onboard the beautiful Ruby Princess.  Our port calls would include Georgetown, Grand Cayman and Cozumel, Mexico and two wonderful days at sea.

Once again, I would sail from Port Everglades, Florida.  As always, I flew in the night before staying just a short shuttle bus ride from the port and Cruise Terminal 2.  I arrived at the port about 5 minutes prior to the doors opening as guests were still disembarking from the previous cruise.  Although the line was long, a member of the Princess Shore Team guided me to the front of the line where I would be the first inside to check-in.  Once checked-in I went upstairs to the waiting area set aside for those with Special Needs.  I was told by one of the Princess Reps that I would be first on the ship.  Roughly 45 minutes later I was crossing the gangway and onto the Ruby Princess.  I handed the Welcome Aboard team my cruise card for scanning, had my picture taken for identification purposes whenever I would disembark/embark the ship while at the ports and headed to my stateroom.

For this cruise I once again selected a balcony stateroom on the Port (left) side.  I had researched the ports we would be at and found the Port side would provide the most scenery while in port.  It also allows me to boat and people watch while docked in Port Everglades.  My stateroom was on Deck 14, right outside the forward elevators.  Upon entering my spacious stateroom I did a quick check to ensure I could reach everything adequately and took down one of the life vests to place by the bed, a precautionary measure I take when cruising alone.  My accessible bathroom had two emergency pull cords, one by the toilet and the other in the roll-up shower.  Grab bars were located all around the toilet and roll-up shower.  The sink provided me with ample room to wheel-up under.  As with my previous staterooms, I had a queen-size bed, desk that allowed me to roll-up under and the balcony had a flap that would extend over the lip when the door was opened.  The only obstacle was an extra chair that I asked my Cabin Steward to remove.

This cruise brought two firsts for me.  The first being I didn’t participate in Formal Night and the second, I never once at in the Main Dining room.  For whatever reason I couldn’t find things on the menu that I was hungry for.  So, three nights I ate up in Horizon Court which is the buffet onboard, one night I ate at my favorite specialty restaurant, Crown Grill and one night I ate at the new Crab Shack which was a surprise to me that they even had it onboard.  Both the Crown Grill and Crab Shack are specialty restaurants therefore require a $25 and $20 cover charge respectively.  It may sound crazy to some that you would pay extra for food when it is already included in the cruise fare, but I promise you, these two places are worth the extra cost.  The Crab Shack is only offered once per cruise on select ships and I didn’t think the Ruby was one of them, which explains why I was surprised to see it offered.

I did buy the basic soda card which entitles me to unlimited sodas for $5/day.  This provides me with other beverage options at meal time as only water, tea, coffee, milk and juice (breakfast only) are included.  Also, during the day you can go up to most any bar or lounge to get a soda.

As was the case with my Royal Princess cruise, I didn’t really go to the main shows on this cruise.  I spent most of my evenings and nights after dinner in my favorite Princess venue, the Explorer’s Lounge.  Each night generally was a different theme i.e., Country-Western, Disco, 60s, etc.  The bands and activities for the night would revolve around the theme.  For instance during Country-Western night the Entertainment Crew and some of the guests dressed in their best Country-Western outfits and participated in Country Line Dancing.  Disco night took us back to the 1970s and Saturday Night Fever with songs from The Bee Gees.  This particular ship had a venue I wasn’t familiar with, Club Fusion.  I did spend a little time in the evenings there as well listening to various bands and singers.  Accessibility in both the Explorer’s Lounge and Club Fusion along with each of the others onboard is excellent.  Seating is easy to get to and the Princess Theatre where the main entertainment is held has special seating in the back for persons in wheelchairs.

During my 5-day voyage, Ruby Princess called on Georgetown, Grand Cayman and Cozumel, Mexico to go along with two wonderful days at sea.  As Grand Cayman is a tender port, I spent the day going around a pretty empty ship, soaking up some sun on my balcony and enjoying a late afternoon Hot Stone Massage, which I highly recommend.

Our day in Cozumel brought great excitement for me as I had been looking forward to my booked excursion to two popular parks, Discover Mexico and Chankanaab National Park.  My excursions started in the early afternoon so I took my time in the morning getting ready.  I sat out on my balcony as we slowly made our way into Cozumel and our berth at Puerta Maya.  I made my way down to where I had been told was the debarkation point for those in a wheelchair only to find it had some steps.  Not getting frustrated I spoke with one of the Ruby Princess Security personnel and he was more than happy to assist me to the proper debarkation point and actually got me ahead of the line.

A few minutes later I was working my way through the duty-free shop and out into Puerta Maya Cruise Center to look around at the shops as I had about two hours of free time before I had to meet my group.  Most of the shops were pretty accessible.  Some had very small lips to go over at the entrance but most didn’t.  There was a couple shops were the aisles lacked the room for my wheelchair but I did the best I could to see things, if I even found it interesting.  I knew I wanted a shirt of some type and after looking at several t-shirts I found a great store that sold Guayabera shirts, which men traditionally wear as wedding shirts in the Caribbean for their light weight.  The ladies inside were more than willing to assist me with anything I wanted to see and reach the higher up shirts.  After I made my purchase I worked my way back to our meeting spot and met up with our tour guide for the day, Carlos.  Once our group of about 30 people was altogether we made our way to the taxi stand were an accessible van was waiting to take me to our first stop, Discover Mexico.

Discover Mexico is a neat little indoor/outdoor history museum in that it has cultural artifacts such as paintings, sculptures and hand-crafted pottery as well as a unique walking trail that has scaled models of ancient Mayan and Aztec temples, Pyramids and other buildings used by the Mayan and Aztec people.  You will also find along the trails the more modern Spanish influenced Cathedrals, Government Buildings and other important Mexican landmarks.  The trail itself is fairly accessible in that it’s made up of mostly crushed gravel and areas of concrete.  After a quick lunch we gathered around to watch a Danza de los Voladores or Traditional Mexican Pole Dance.   It is a ceremony that according to legend was born at least 450 years ago during a severe drought.  The elders of a village would perform the ceremony to appease the gods and allow the rains to return.  After the ceremony concluded we went to the gift shop to look around and relax in air conditioning while waiting for transportation to Chankanaab National Park.

Chankanaab National Park was my primary reason for taking the cruise to Cozumel.  I’ve spent a lot of time reading and researching this beautiful natural park.  Chankanaab, for those who have not been to me is a mix of Sea World, a zoo and botanical garden.  There really wasn’t any place at Chankanaab that I didn’t find accessible.  It is mostly concrete paths with some crushed but very well packed gravel.  After exploring the walking trail through the botanical gardens and around the lagoon I made my way to the main attraction of Chankanaab, Dolphin Discovery.  This is an area where you can interact by snorkeling, swimming, diving and training alongside beautiful Atlantic Bottle-nosed Dolphins.  I because there are some steps to get into the water and because I didn’t ask since I didn’t have my swim trunks, I can’t say for sure whether or not they allow those in a wheelchair to participate.  I was more than content though just watching them interact and perform their tricks for the guests.  After spending a little more than an hour watching the dolphins I was ready to head back to the ship for a quick shower prior to dinner.  I went to our designated meeting point and Carlos graciously hailed an accessible van for me to go back to the Ruby Princess.

Once back I was met by ships security to assist me up the ramp and back onboard.

For disembarkation day I had planned to take an excursion onboard a water taxi along the intra-coastal waterway to see the many Mansions and Yachts.  However, due to low demand the excursion had been cancelled a couple days prior and the alternatives were not accessible and/or very appealing.  So I arranged to get off the ship at a later time to help with the now long wait at the airport.  Once off the ship I easily found my luggage, went through Customs and out to the taxi-stand all in about 10 minutes.  One of the local Police officers called for an accessible taxi-van for me and 10 minutes later I was checking in for my flight home.

As is always the case with me I’m already planning my next cruise adventure.  This time I’ll be onboard Disney’s Fantasy bound from Port Canaveral to St. Thomas, San Juan and Disney’s beautiful private island, Castaway Cay.

Born with Spina Bifida, Mike OKray, is from Dallas, TX and feels there isn't anything in life that he can't do. Mike has spent his entire life proving disbelievers wrong. Throughout life Mike has learned to ride horses, fly single-engine airplanes, play organized athletics and now work for one of the largest airlines in the United States, which has only fueled his love for aviation and travel.