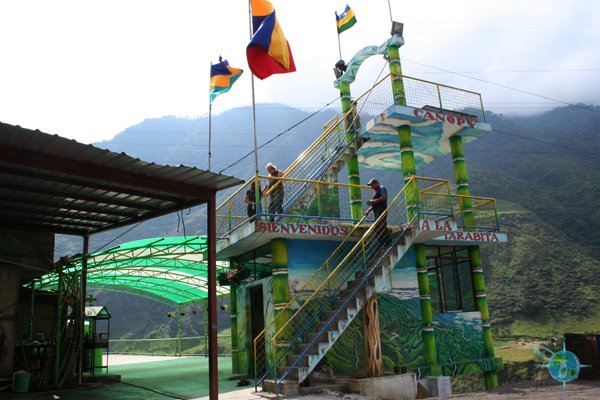 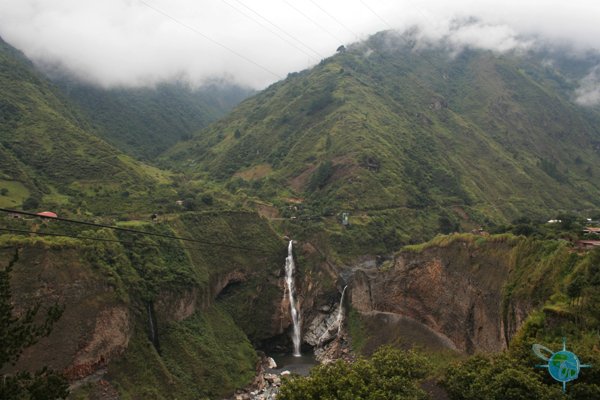 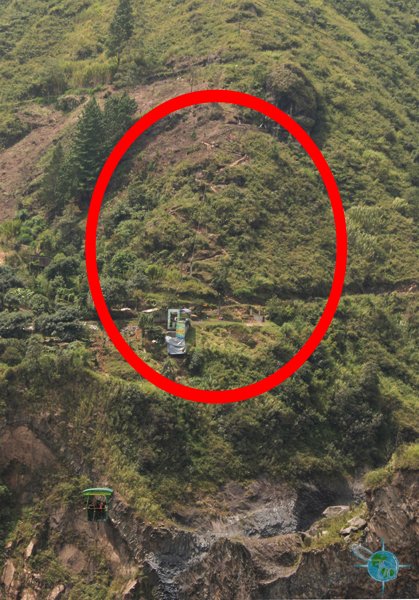 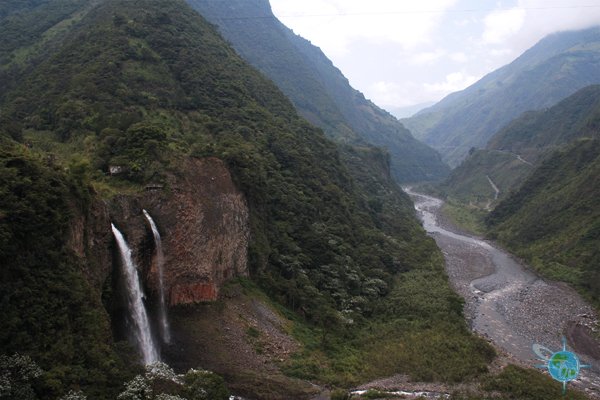 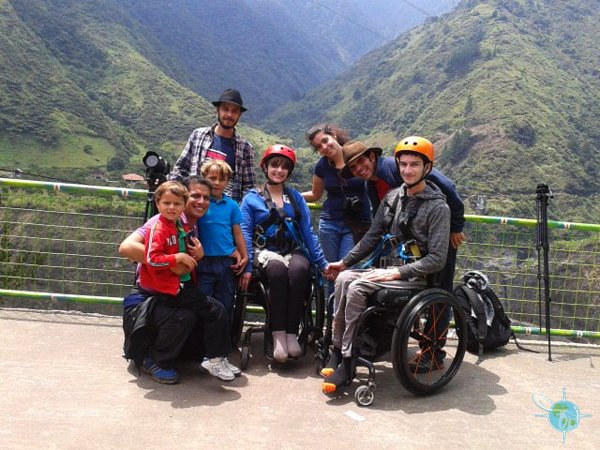 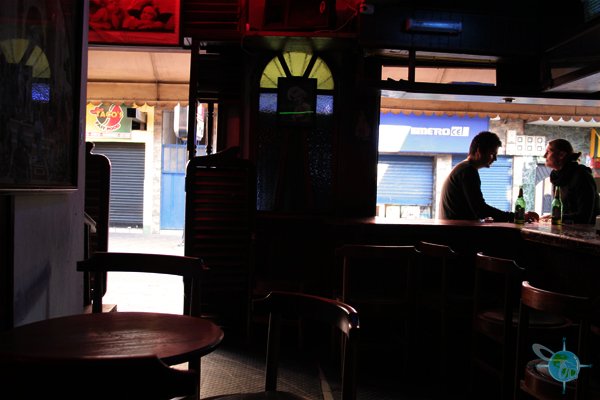 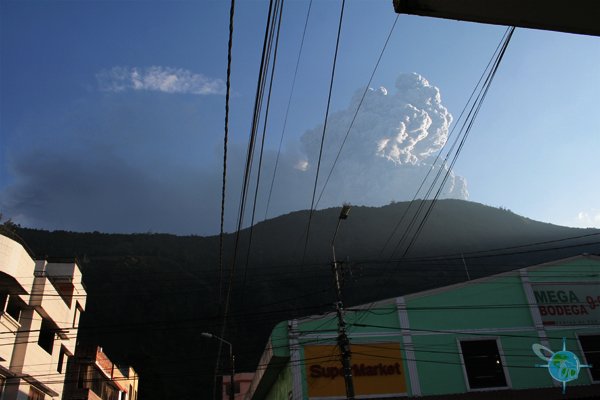 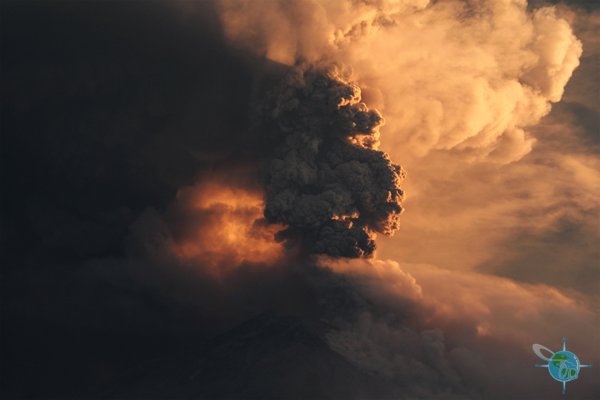 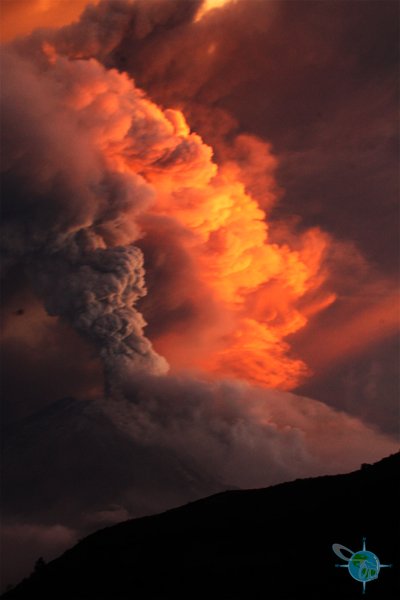 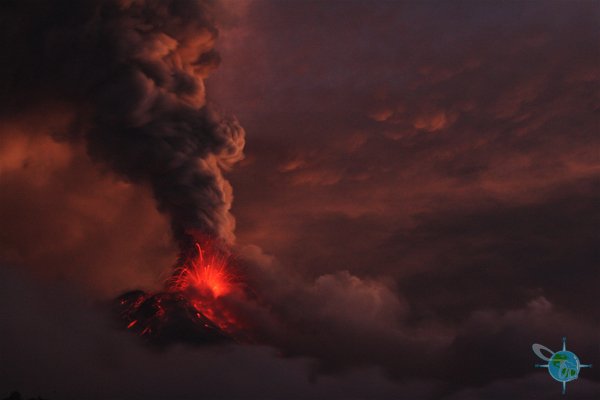 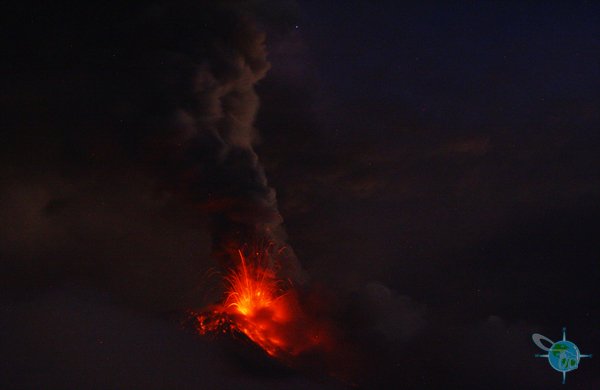 It was our first day out Quito and into real Ecuador. We were staying at an accessible hostel on a hillside overlooking the vibrant town of Baños de Agua Santa called Las Granadillas. The town’s name comes from the natural hot springs that still exist today in the form a public pool with a waterfall nearby. Waterfalls are all around Baños de Agua Santa, including a few visible from the hostel’s many patios. After breakfast the plan was to drive to an area referred to as Agoyam, named after the waterfall that exists there that flows into a river effortlessly slicing through the canyon walls and stretching toward the Amazon. This spot is so picturesque that companies have setup cable car rides and zip-lining (what Ecuadorians refer to as canyoning) across the river for a closer look at the waterfall.

The plan was to go on the cable car but soon after we arrived a man walked over to my boyfriend and I and said, “Do you want to do the canyoning?” We looked at each other with wide eyes as we both had been zip-lining before but nothing like this. Without hesitation, I replied “yes” and then he motioned us to the fitting room to get suited up. After our helmets and harnesses were on we were carried up two flights of over two dozen stairs to the launch platform. Thoughtfully, two chairs were in place for us to sit while they prepared the zip. It was not long after 10am but spectators were already gathering.

While the wheelchairs were brought across to the other side of the river in a cable car, we sat and waited while watching a couple of others zip across first. Two people could go simultaneously as there were two lines.  As I watched, my heart beat grew in intensity. When it was our turn, we were lifted up from the chairs and connected to the line with our feet in front of us resting on a sling. They counted to three and with one great push we were set flying. I immediately picked up speed—I wasn’t expecting to go so fast. The adrenaline and the altitude were making me shiver while I held onto the handlebars with a white knuckle grip. I shouted with joy to the wind. The scenery of the waterfall and the river slicing through the mountain was magnificent. A part of me wanted to slow down just so I could enjoy it for longer.

“How was it?! Do you want to do it again?” we were asked immediately before catching our breaths. “Yes, again!” I managed to pushed through my lips. Getting to this second zip wouldn’t be easy. The platform to the zip was more than 200 feet higher than the last, and to get there required hiking up a trail of winding steps at a grade of seventy degrees or more. My first thought that it was too strenuous and dangerous to carry someone up this trail, but the gentlemen helping us insisted otherwise, and one even bragged about how much he had been working out. About a quarter of the way up a break was already needed. The guys carrying us laughed with sweat bullets pouring down their faces and shirts already clinging to their bodies. By the time we almost at the top my arms were numb from trying to hold on against the slippery wet shirt. The last couple hundred yards were the steepest of the whole trail, but we made it! After everyone rested for a few minutes we got in place again to zip.

This zip was about 1600 feet long (or 500 meters) but the dramatic landscape made it appear much longer. Feathered humidity laced the tops of peaks, framing the landscape below. At the other end, the cable seemed to disintegrate. All matters melted away as I gazed outward, feeling small yet invincible at the same time. I saw two birds soaring—a good sign. We took off again like two birds diving into the earth. I was going much faster than before but it didn’t seem like it. It was also quieter and calmer from this height. I could also see far upstream through the green mountains with a faint blue halo glow—the work of a master painter.

“I will never forget it,” I confessed to some new friends over a beer at a bar a few hours later. I felt alive. After our beers we decided to stroll around town and get some sun. Shortly after leaving the bar there was a loud explosion. I looked up and saw a puffy white cloud rapidly expanding over the cityscape. “An eruption!” we squealed with delight and got into a car to go to higher grounds—not for safety reasons but to document the activity with our cameras. One of the best views in town was conveniently from our balcony at the hostel, which is where remained for hours watching the most violent natural force on earth.

The afternoon lighting highlighting the volcano and smoke was unreal—a photographers dream; something you can never plan for. Even into the night, the glow from the lava reflecting off the smoke was the ultimate fireworks display. No local was worried and instead gathered outside to watch as the town was built in a specific geological location that is protected from lava flow. If a volcano becomes too dangerous it is classified as a 5 and the city is evacuated. That night we witnessed a class 4. That night at dinner I asked the owner of the hostel, Alfonso Morales, about the eruption to which he replied grinning while nodding his head with enthusiasm and a sparkle in his eye, “Yes, it’s nice.” There are around fifty volcanoes in Ecuador, and more than twenty five of them make up the Galápagos Islands. Around ten are classified as active, including the one that erupted that night called Tungurahua.

What a day to remember.

Dear ASHLEY felcidades and many thanks for your nice comments and inaccuracies regarding his tour of our beautiful country, particularly in my city and hostel “passion fruit” for my mother and it was a pleasure to have at home and know, receive a big hug distance and have many successes in its beneficial projects in the tourism accesibel.
Always at your service
Att
Alfonso

Oh course Alfonso! You are a treasure, my friend! I am so happy that I got to meet you and your sweet mother. I hope many more come to stay at your beautiful home. I look forward to seeing you again someday.

Girl…I wanna travel with YOU!! Mind if I just hitch my wagon to yours? With your luck, determination and sense of adventure, it’s bound to be a good time! I have been to Banos (lived for a while in Quito), and loved the town and the mountain so much! Lovely, lovely place. Of course, I could walk then, so things were much easier. I haven’t been back to Ecuador since I started using a chair. I am THRILLED to know how much accessibility has grown! Think I need to start planning a trip…. :) Thanks for sharing your adventures, and… Read more »

Love this! It’s a sign that you should think about a revisit… Did you see the videos? There is one for Ecuador, and then I had to do one just for volcano erupting because it was just so magnificent.

Travel together? Anything is possible…

What is the name of the Zip Line you were able to go on, and where exactly is it? I’ve asked several “adventure” companies if there is a zip line that’s handicapped friendly, and they’ve all told me to forget it. We definitely want to make the most of our trip to Ecuador!

Hi there! It was in Banos Ecuador. They carried us up to the platform for the launch.