The city of Montreal in the Quebec Province is one of the most visited destinations in Canada with lots of friendly people. French is the most commonly spoken language here but nearly everyone also speaks English. Like many big cities, it is divided up into neighborhoods but the most popular area is the downtown, particularly Old Montreal.

Old Montreal is the most historic part of the city with buildings designed during the French and British colonization. Statues idolizing this era are scatter throughout this area. If you are interested in architecture or history, then just wondering around would supply hours of entertainment. Down by the waterfront there is a paved bike path, the Old Port (Vieux-Port) Promenade that goes for a number of miles/kilometers. It is basically flat with lovely views and little parks along the way. An accessible bathroom is available at the Old Port near the back and red Daniel McAllister tugboat.

Across from the Notre-Dame Basilica of Montreal is a popular courtyard, called Place d’Armes, where people gather and take pictures. In the center is the founder of Montreal, Paul de Chomedey. A regular is Robert the Bubble Wizard who entertains and dazzles onlookers by filling the air with all kinds of bubbles. He has his own bubble recipe and hand-crafted wands, which he also sells. This is how he makes his living, but doesn’t necessarily have set hours.

The Notre-Dame Basilica of Montreal is one the most visited attractions in Old Montreal because of its intricate architecture and stain glass windows. If you would like to take a short guided tour of the church for a nominal fee, then review the seven-day schedule for hours. Mass is a free service, open to the public every day where you also get to see inside. There is a main chapel, which is iconic, and a smaller one that is connected. Accessibility to either is made possible by ramps; no other modifications, including restrooms, were made.

A number of other beautiful historical buildings, houses of worship and landmarks can be photographed in Old Montreal. Two historic market areas are the Place D’Youville and the Place Royale, but there is also City Hall, Sainte-Helene Street, the Notre-Dame-de-Bon-Secours Chapel and much more. This website has information about the most impressive Roman Catholic churches in the area.

Parks and Gardens
The centerpiece of Montreal is Mount Royal. It is a hill more than a mountain, covered in trees with great views of the city. To get there requires a taxi or car ride. A few overlooks exist, some with access though everywhere on the Mount Royal is on an incline.

If you make it this far, be sure to drive around the Mount Royal Cemetery. This peaceful and beautiful place is a commonplace for locals to get-a-way or exercise. Many of Canada’s most famous civilians and politicians are buried here. Gravestones date back to more than hundred years ago.

Parc Lafontaine is located just north of downtown and Sherbrooke Street and east of Mount Royal in an area called Le Plateau-Mont-Royal which is mainly residential. The area La Fontaine Park is estimated to be 100 acres (40 hectares), and is relatively flat, hence the plateau, with large interlinking ponds. The Art Neuf cultural centre in honor of Calixa-Lavallée, a famous Canadian composer is also located at La Fontaine Park in addition to the open-air theatre (Théâtre de Verdure), though wheelchair accessibility is unknown.

Montreal Botanical Garden
The Montreal Botanical Garden is one of the most popular attractions in Montreal and does a great job with access information. It includes several gardens and an extensive arboretum along with multiple greenhouses and a museum of insects. Nearly a whole day could be spent exploring the entire property, or one day may not be enough. A mini train/shuttle is wheelchair accessible with a lift and has four stations it stops at around the garden property.

Most of the buildings have automatic doors and about five drinking fountains out of a dozen or more are accessible. The ticket booth is outside, close to the parking lot and at a universal height. Here, you can pick up a map with the most accessible route but there certainly could be more you can do and see depending on your abilities. This map also displays where the accessible restrooms, drinking fountains and shuttle stops are located. To be even more helpful, implanted green dots guide the most accessible paths of travel throughout the property.

Generally, the grounds are basically flat but the Chinese, Japanese and Alpine Garden have small to moderate-sized hills. The Chinese Garden was particularly inaccessible due to uneven cobblestones; and you won’t find automatic doors here either. Paved walkways are common throughout the garden, but most of the inner and side gardens are made up of primarily packed granite rock which gets a little chunky in some areas.

Getting Here: Besides a taxi or other vehicle, you can take the Green Line Bus to reach the gardens.

Access to Buildings: Shopping and Food
Wheelchair access into buildings is the most challenging in Old Montreal. Parts of downtown are also limited. A step or two is a common entryway into most buildings, but a few have some kind of steep ramp or are completely barrier-free.

Saint Catherine Street is the commercial center for Downtown Montreal where locals and visitors hangout, eat and shop. Many of the buildings here are accessible or partially accessible. The Montreal Underground City, known as RÉSO or La Ville Souterraine in French is also an option for food and shopping. Accessible elevators to get you to this underground city are located on Saint Catherine W. Street at 977 (near the bank) and 677 (near the SAQ).

The World Trade Center, in Old Montreal, is an indoor mall with accessible shops and places to eat. Accessible entrances into this building are located at 750 Saint-Pierre Street, 383 and 393 Saint-Jacques Street and 747 Square-Victoria Street. No entrance had automatic doors but the one on Saint-Pierre Street has an elevator inside to take people to the Underground City, but it is not always in service.

The Complexe Desjardins is another multi-level indoor mall with accessible places to dine and shop. It is also located on Saint Catherine W. Street in downtown. A ramp gets you inside followed by a lift to the main floor; otherwise, elevators take you the various levels. On the bottom level is an IGA Grocery Store. The only way to access this grocery store with a wheelchair is through this mall (otherwise there is street access). An accessible gate to the IGA is locked but you can call for service to be let in.

The Palace de Congress is a convention center, train station, and mall with eateries and a few shops. The main doors to this building open automatically but the side entrances do not. During the week, this building is swarmed with business professionals. The Place Jacques-Cartier is also a hub for visitors and locals in Old Montreal. This historical area is on a long incline, so those without power assistance may have more trouble here. Shops and places to eat are found here though few are wheelchair accessible. 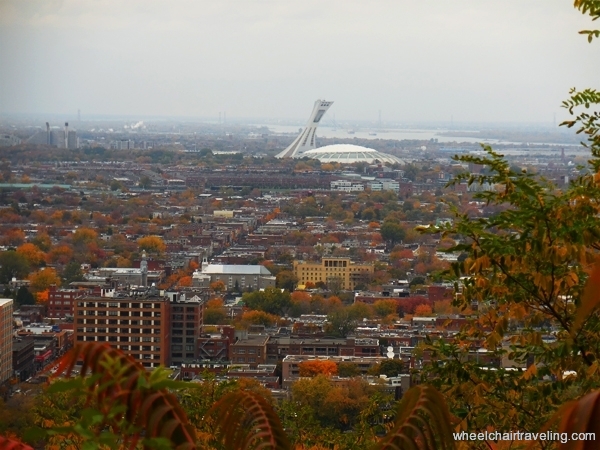 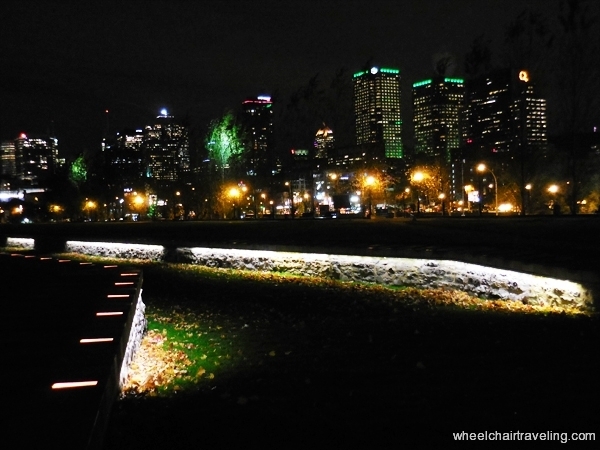 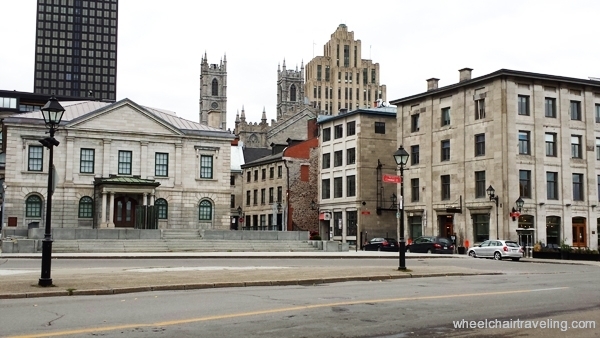 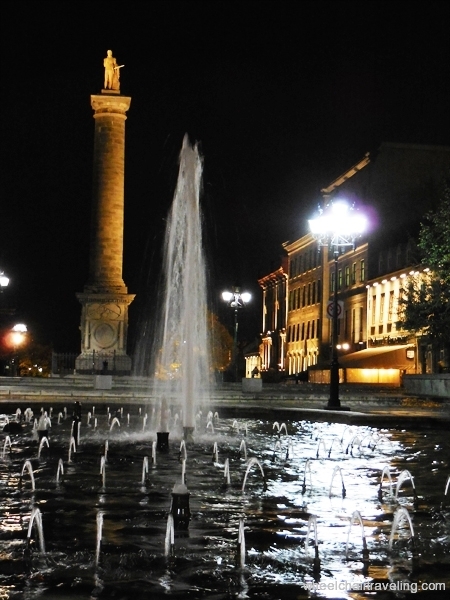 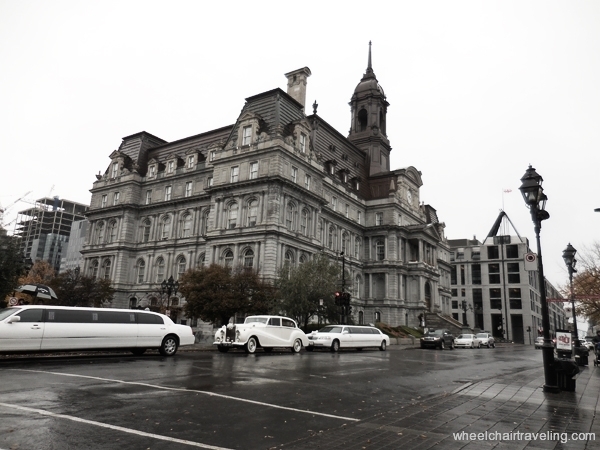 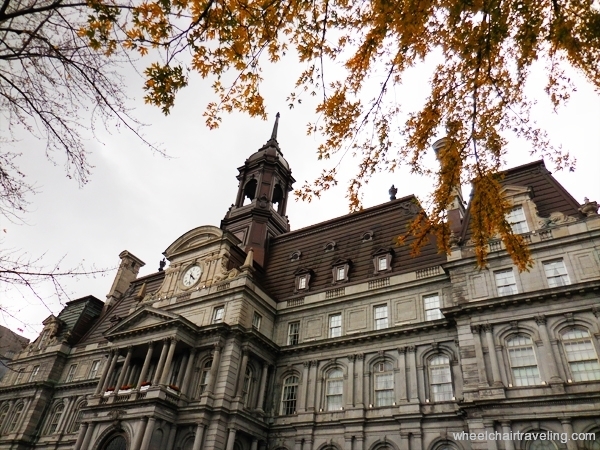 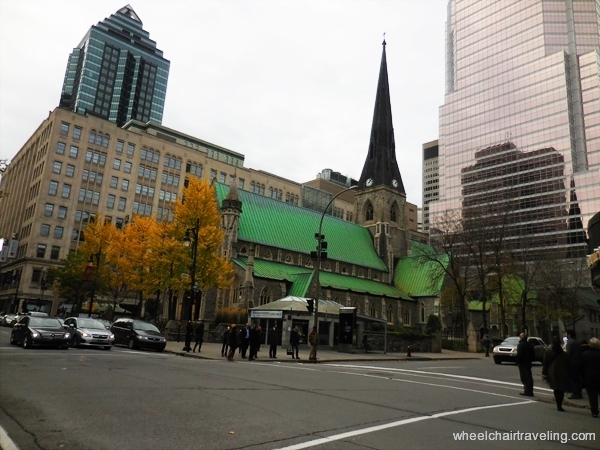 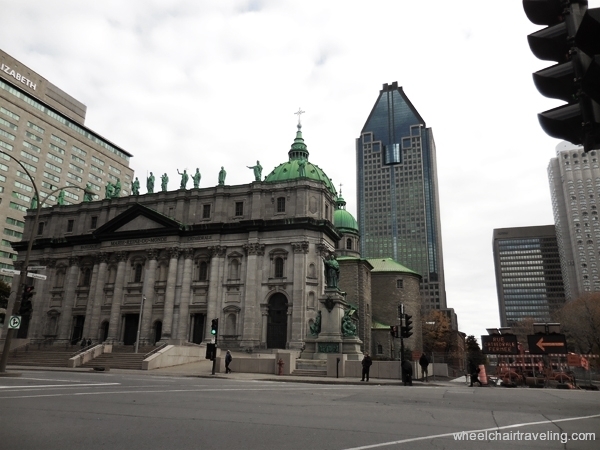 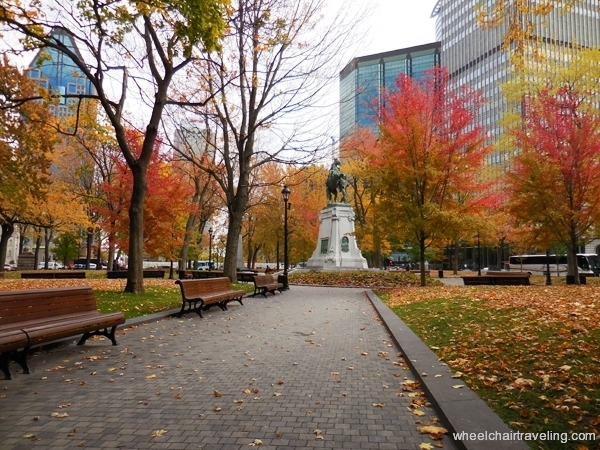 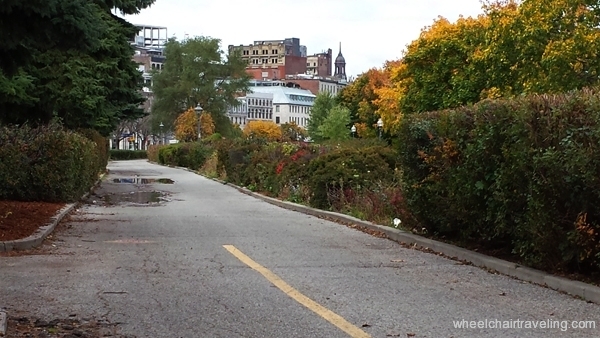 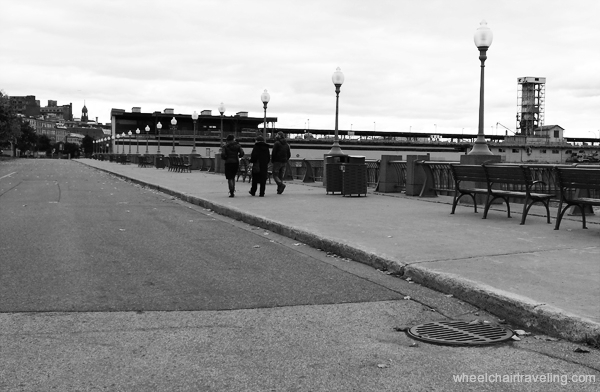 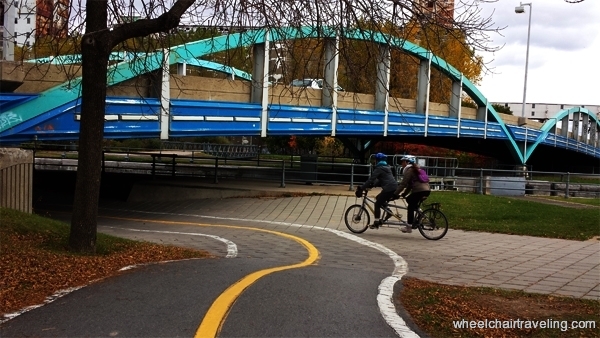 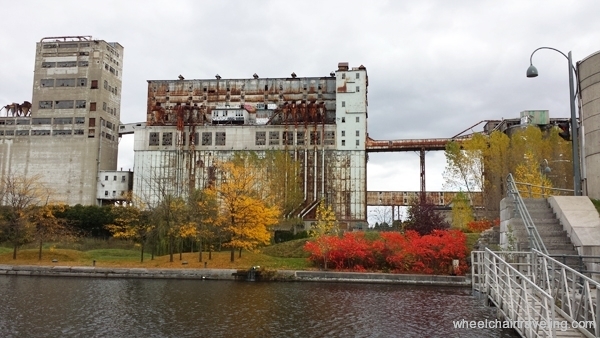 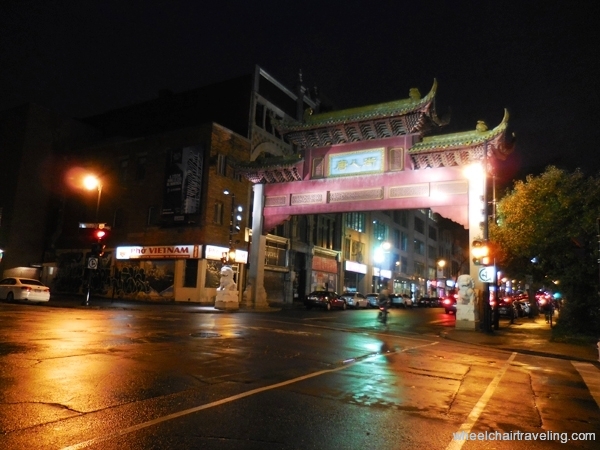 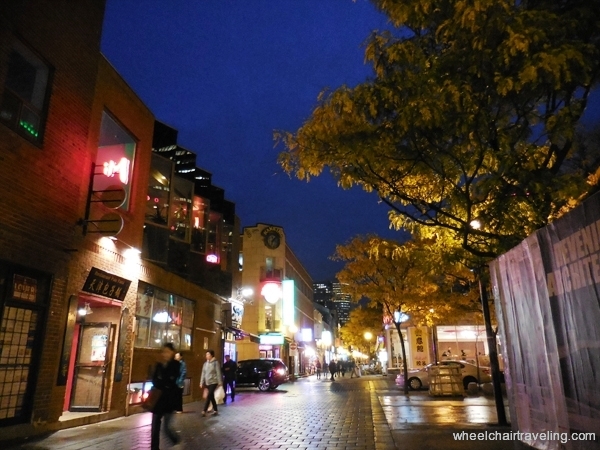 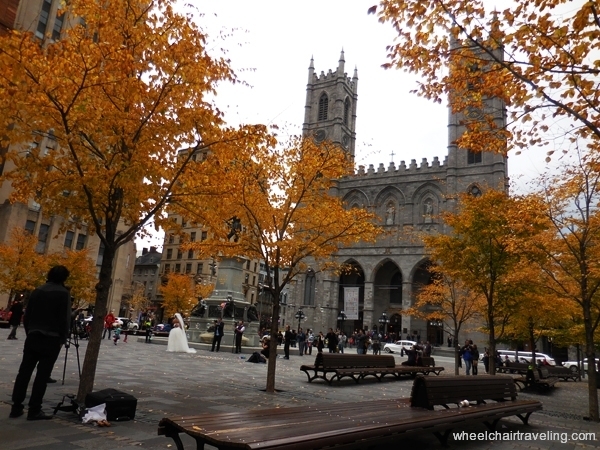 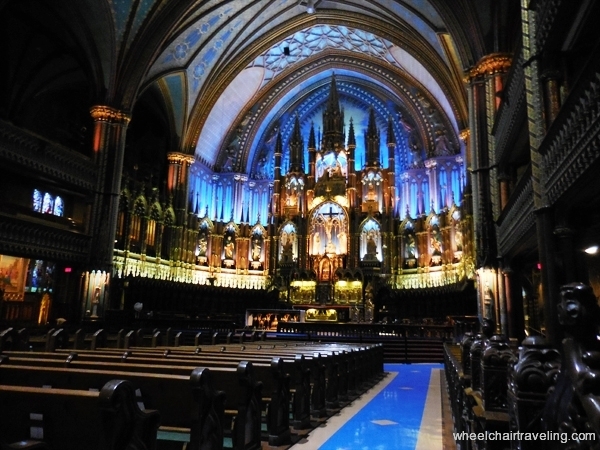 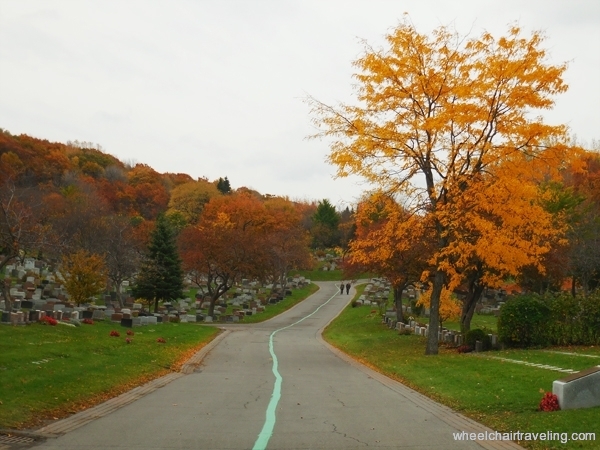 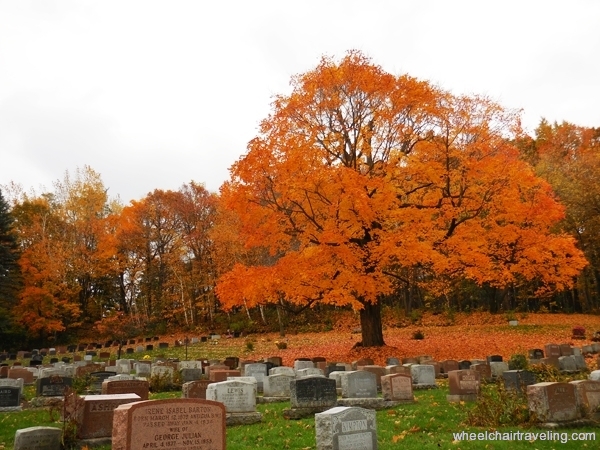 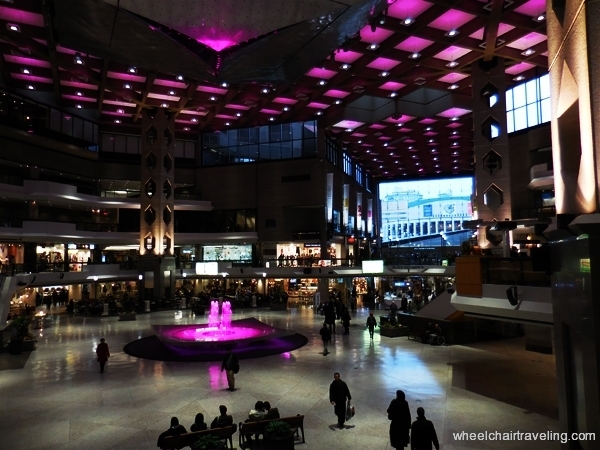 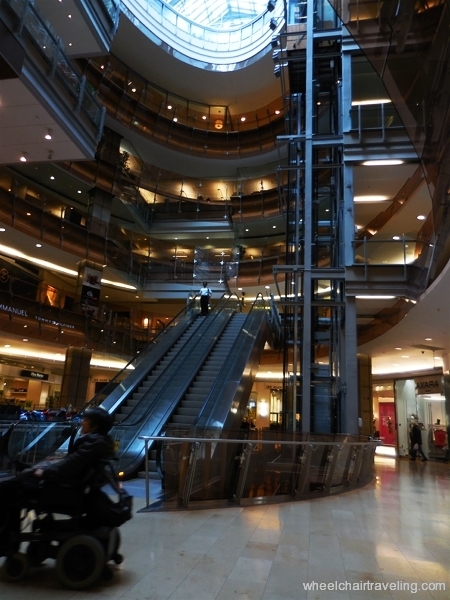 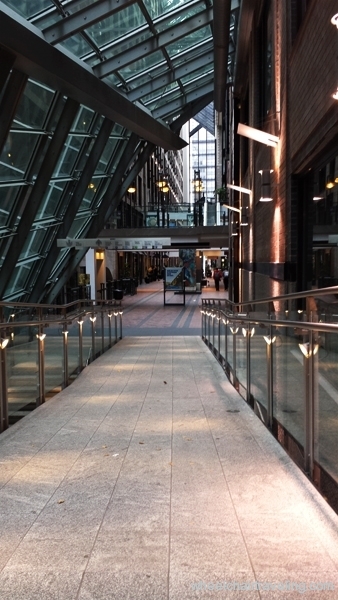 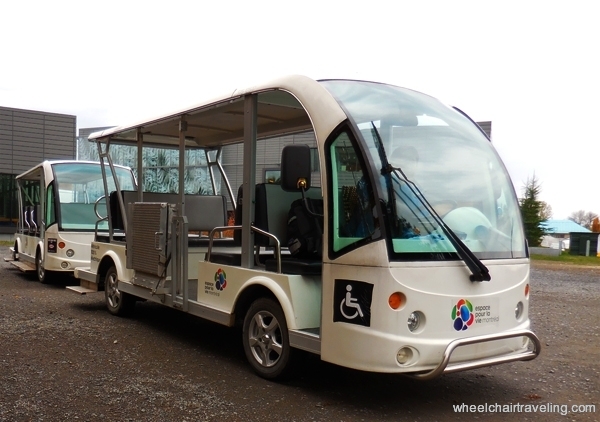 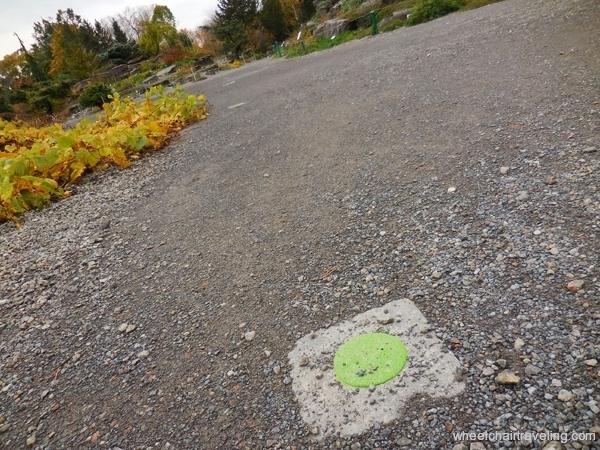 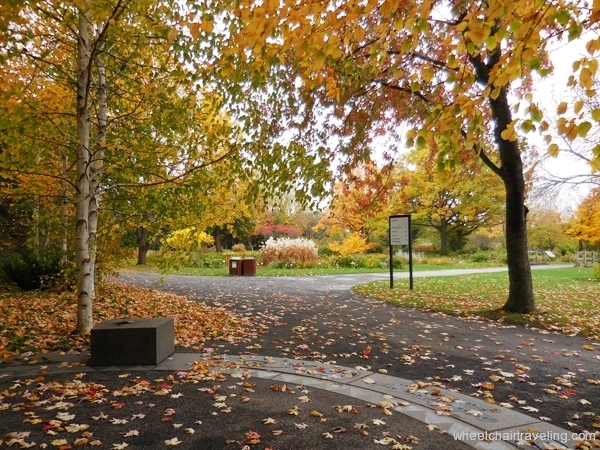