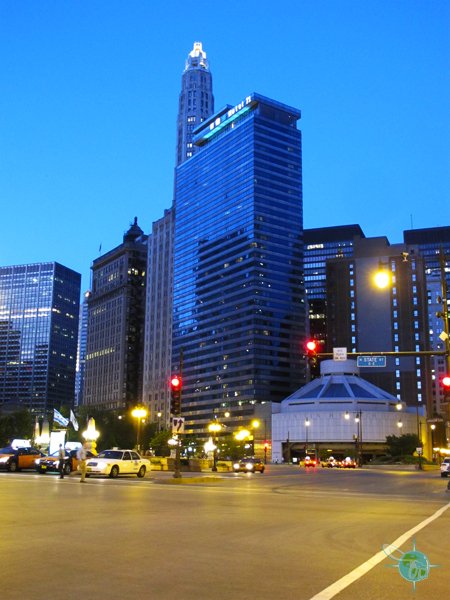 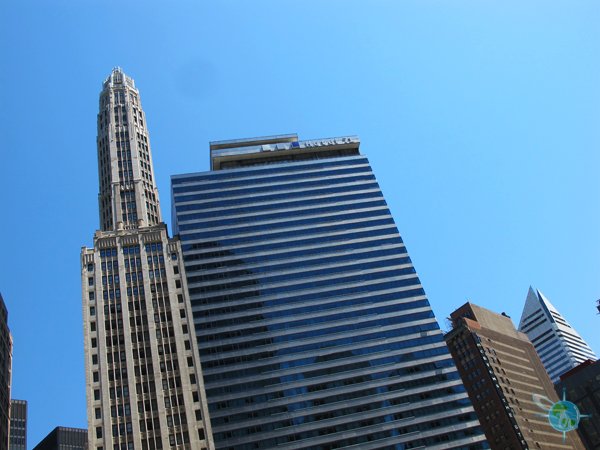 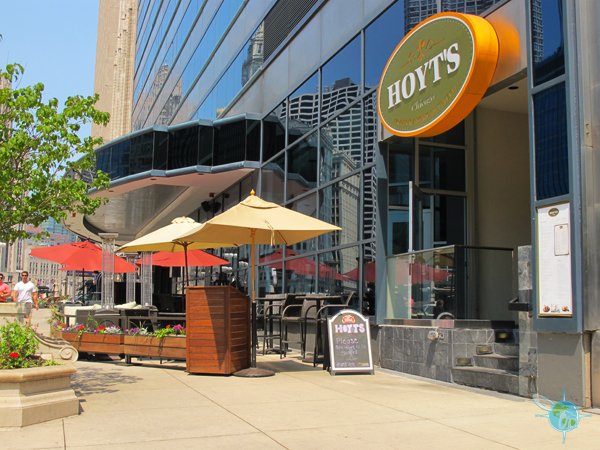 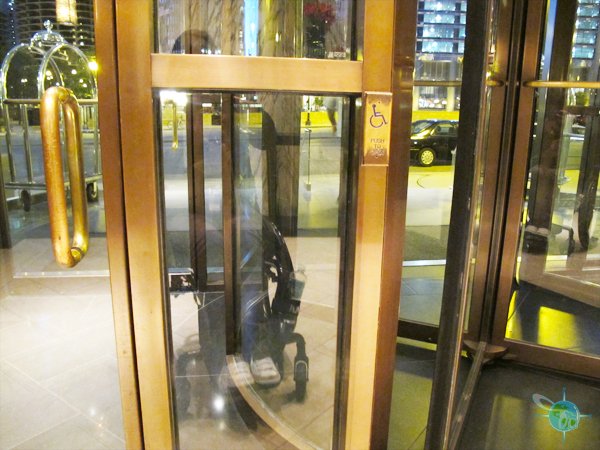 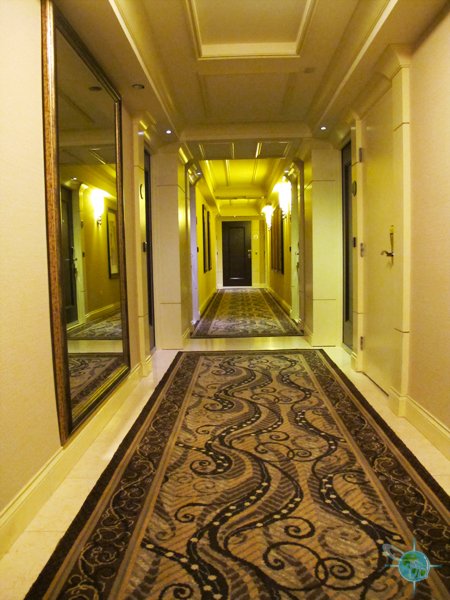 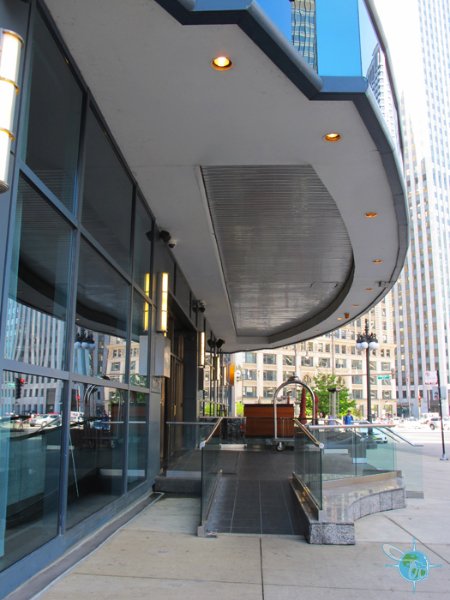 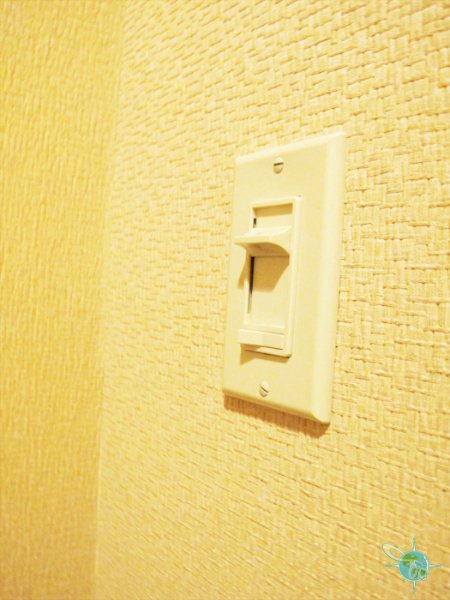 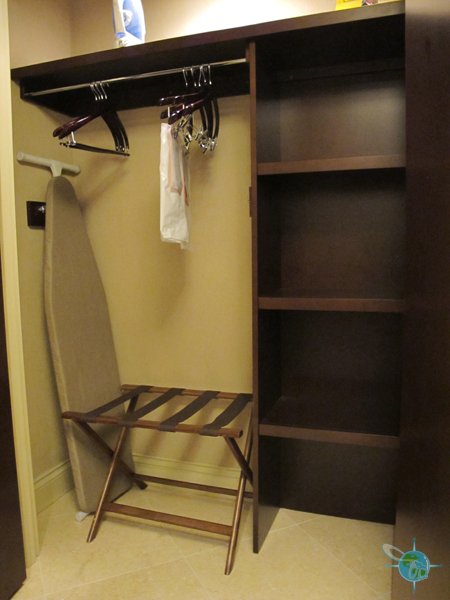 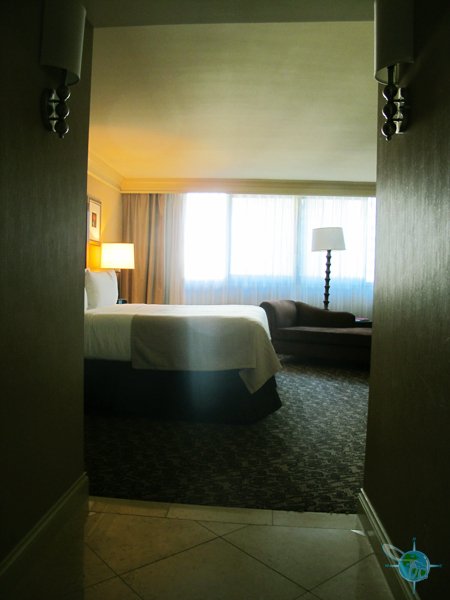 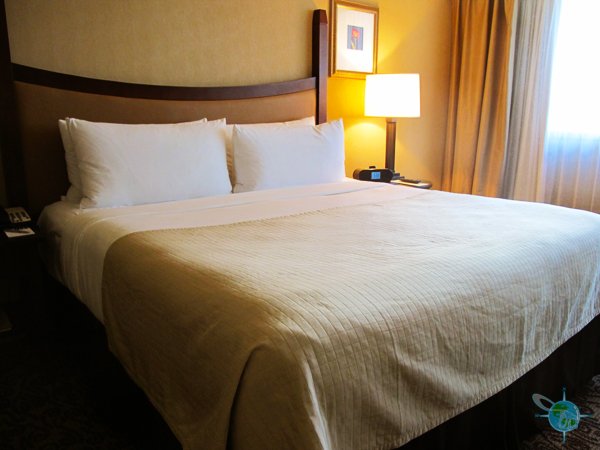 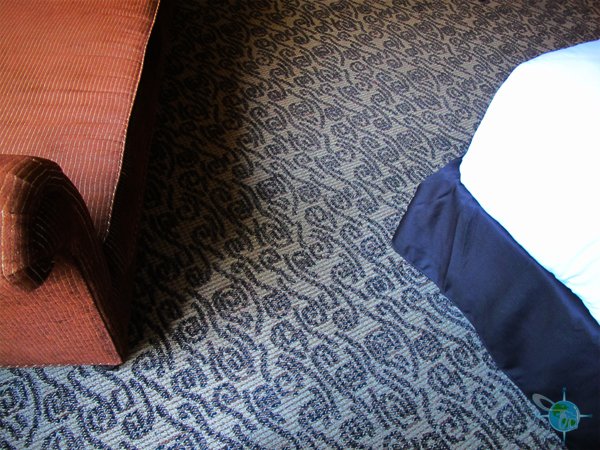 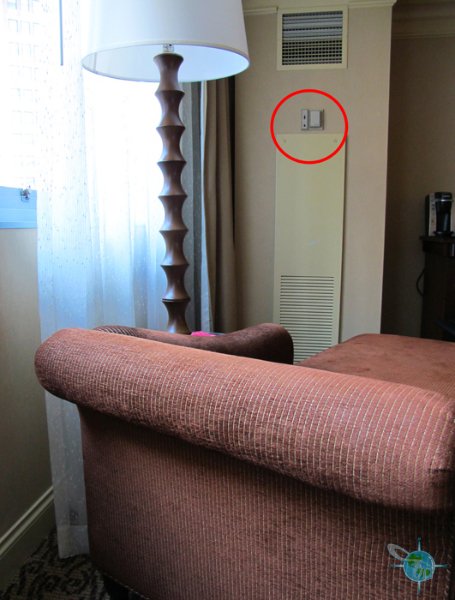 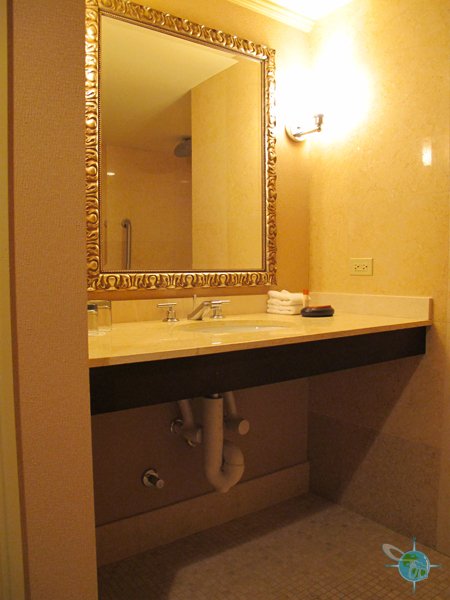 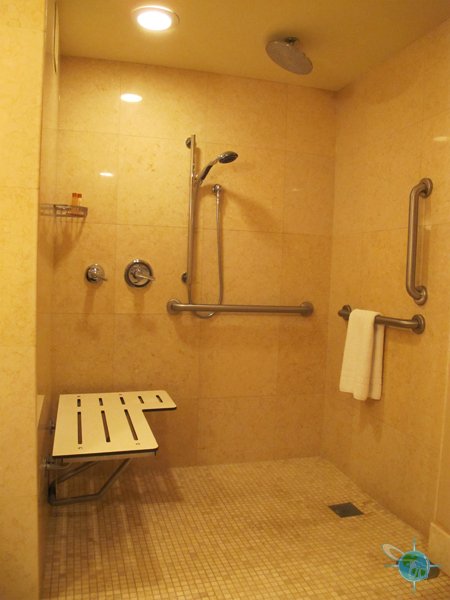 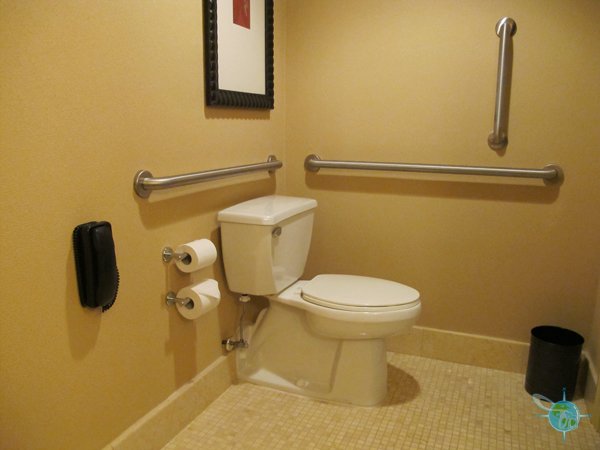 Hotel 71 is located in a prime location in Downtown Chicago overlooking the Chicago River. Upon arrival I was warmly greeted by a bellman who assisted me with my luggage. A wheelchair accessible ramp was just to left of the stairs in plain sight and one of the front doors could be opened with a push a button.

All hotel rooms are opened by card access. Room #1806 had a king bed and was at the very end of the hall, which was nice to be away from elevator traffic but was a little tiresome after a while, especially since the hallway was mainly carpet. The door had a lowered peep hole and was on the lighter side to open, probably because the entry way was tile floors instead of carpet. The entryway was small with a small table and full length mirror. This is also where the closet was located. Although the closet bar was lowered, it wasn’t that high. Otherwise, there was a shelving unit right next to it for use. Adjacent to the entryway was the bathroom.  The toilet was immediately in front of the door and on the other side was the vanity mirror and roll-up sink. At the furthest end of the bathroom was the roll-in shower which included a flip-down wooden shower bench.  A shelf was placed on the side of the bench and was just within my reach.

The bedroom area was all carpeted. The bed was high for me. I found myself using the sheets on the bed as a rope to pull myself up. Some furniture rearranging may be necessary to access both sides but for sure one side is open to all chair types. The other side had a chaise lounge slightly in the way because of the way it was angled but could easy be readjusted so access to the bed would be possible. My chair, with me in it, measures around 27” and could fit under the desk. Furthermore, the light switch for the entryway and bathroom had a on and off switch with a dimmer but the bedside lamps had small nobs to turn. Overall the room had fine maneuverability. The one obviously inaccessible feature was the heat/AC controls because it was placed so high up on the wall that only someone who could stand could reach. This means unless you are traveling with someone who can stand, you will need to call the front desk to adjust. The bellman adjusted the room temperature when I arrived per my liking and did not feel the need to adjust further during my stay.

At Hotel 71 you can have the front desk arrange for a massage therapist to come to your room at a scheduled time but there is no actual day spa within the hotel nor is there a pool. The hotel does have a tasty restaurant called Hoyt’s and is open for breakfast, lunch dinner and drinks. The outdoor patio is a popular spot for locals getting off work or hanging out with friends.

Many attractions are located in very close proximity, including Navy Pier, Millennium Park and the Magnificent Mile and even more are just a short taxi ride away. Read the wheelchair accessible travel guide for Chicago.